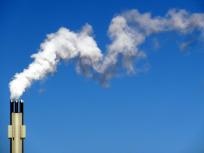 The Global Climate Action Summit, being held midway between Paris (2015) and 2020, is bringing together leaders, investors, businesses, sub-national government and people from around the world to take ambition to the next level. As part of this Summit, a challenge has been launched encouraging companies to step up and commit to set science-based targets.

The Global Climate Action Summit (GCAS) is challenging people, communities, societies and economies around the world to #StepUp and take ambition to the next level across five key issue areas: Healthy Energy Systems, Inclusive Economic Growth, Sustainable Communities, Land and Ocean Stewardship and Transformative Climate Investments. The Inclusive Economic Growth challenge focuses on business climate leadership, and how bringing everyone on board can generate good jobs, spur global development, and leave no one behind.

About the Mahindra Challenge

As part of the Inclusive Economic Growth issue area, Mr. Anand Mahindra, Chairman of the Mahindra Group and one of the co-chairs of the Summit, announced that the Mahindra Group, a Mumbai-based conglomerate with operations in over 100 countries, would implement the Paris Agreement by setting and implementing science-based targets (SBTs). Along with this commitment, Mr. Mahindra also launched a challenge inviting other companies to step up and to commit to set science-based targets with a goal of reaching 500 companies that, by the GCAS, will have committed to align their emission reduction targets to the ambition set in the Paris Agreement.

Two months ahead of the Summit, 430 companies have set or committed to set SBTs. We now need to increase efforts in the weeks to come, so that we can bring an inspiring story to the Summit about the way in which businesses are bringing the Paris Agreement to life through the adoption of science-based targets.

As a CDP partner, and an active supporter of the Science Based Targets initiative (SBTi), Greenstone is supporting this challenge and continues to encourage the adoption of science-based targets. We are already working with a number of clients providing guidance on committing to and setting SBTs for their organisations.

Why are science-based targets important for business?

As consumers become increasingly aware of the effects their choices have on the environment, and ethical consumption continues to grow as a hot topic, a brand’s reputation for sustainability is of paramount importance.

Indeed, 79% of corporate executives surveyed found a strengthened brand reputation to be one of the most significant business benefits for their company from committing to the Science Based Targets initiative.

It’s not only customers that use sustainability as a benchmark of business credibility. Investors are increasingly taking interest in businesses’ environmental policies, as they look to shore up their investments for the future. Indeed, some 52% of execs say their science-based target commitment has boosted investor confidence in their business.

As national governments continue to work to implement the Paris agreement – and to ratchet up the ambition of their country-level pledges – companies can expect to see more regulation to curb emissions intensive activities.

Over a third (35%) of executives surveyed report that setting science-based targets offered them increased resilience against upcoming regulation as more and more businesses see the benefits of future-proofing their business models and aligning themselves with the Paris Agreement early.

With the transition to a low-carbon economy underway and growing in momentum, companies that are aligning their strategies with this step-change are opening themselves up to a world of opportunity.

Almost two-thirds (63%) of respondents say setting a science-based target is already driving innovation within their company, while over 50% say they expect at least half of their products and services to be low-carbon by 2030.

While a frequently heard argument is that greening business models comes at too high a cost, those companies looking to set science-based targets are proving this wrong. Almost a third (29%) are already seeing bottom-line savings thanks to their ambitious commitment.

By setting such a target companies are ensuring their operations remain lean and efficient, and are building resilience against a future where resources – particularly those derived from fossil fuels –  will become increasingly scarce and expensive.

The rising prices of raw materials can mean the difference between profit and loss, and SBT companies are showing they are on the right side of this equation.

As the trail-blazers of the low-carbon transition, it is of little surprise that over half (55%) of those surveyed said committing to the Science Based Targets initiative gave them a competitive advantage.

With increased innovation, reduced uncertainty, strengthened investor confidence and improved profitability, it is those companies that are getting ahead of the curve that will succeed in the low carbon economy.

The SBTi has developed a step-by-step guide which can be found on its website here.

The SBTi is also organizing a series of introductory webinars about science-based target setting. The next set of webinars are planned for July 23 and 24. More information on events and webinars can be found on this link.